For the past week I’ve been working at…Anime Expo!! Hahahaha…If you aren’t familiar with Anime Expo, it is a convention very similar to Comic Con. Comic Con includes other fandoms such as Marvel, DC, and series like Teen Wolf, whereas Anime Expo is more purely centered on anime and other Japanese goodies. 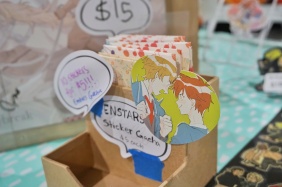 I don’t watch much anime, I hardly watch it all – my boyfriend watches WAY more – I’m what the “weebs” (the anime-obsessed) call a “normie” (all others). I have gone to Anime Expo a couple of times in the past – but they were either to accompany another cousin or because I could get in for free.

My older cousin, Jessica, is an amazing artist – always has been, ever since we were younger. At anime conventions, there is always the main hall where all the big exhibitioners, such as the big Japanese gaming companies or merchandisers, have their huge displays. There is then another hall, typically called “Artist Alley,” where all of the online artists can sell their art. My cousin has been doing this for years. Last year I went to Anime Expo and offered her help for next year, more so a nicety/making conversation. I didn’t actually think she’d take me up on it. But she was getting so popular that she decided to have her own booth in artist alley, instead of splitting it with a friend to save on booth costs, that she asked me to help and she bought my badge. 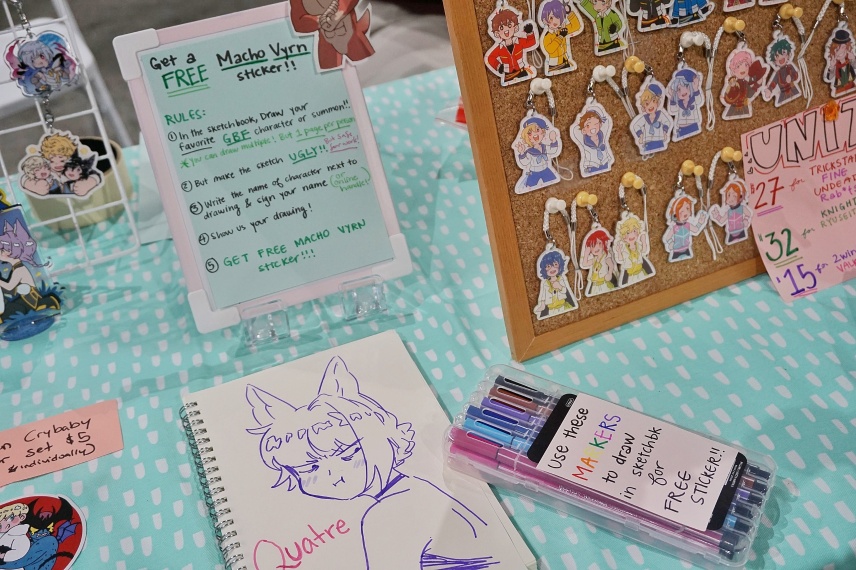 However, my cousin just recently got hired by a large gaming company and her company asked/forced her to work at their exhibition in the main hall!!! And so I got stuck working her booth alone!!! Originally, I thought I was just going to be counting money and bagging stuff – but since she’s gone I had to learn all the characters names of the merchandise myself!!! T_T It was a long 6-day event: I drove to LA Tuesday morning because we had to go pick up the merchandise from suppliers, then Wednesday had to go to the convention center to set up our booth and learn all the characters and pricing, and then Thursday through Sunday was the expo. We had to leave everyday at 6:30AM to get parking, we wouldn’t leave the convention till like 7:30PM, and then went to dinner to be home by 11PM. It was fun, but very tiring.

And that’s all! Thanks for reading and have a great rest of your Sunday~ I’m currently at anime expo typing this out on my phone (v hard) hehe and my battery’s drained because there is #nosignal in the LA convention center!!!